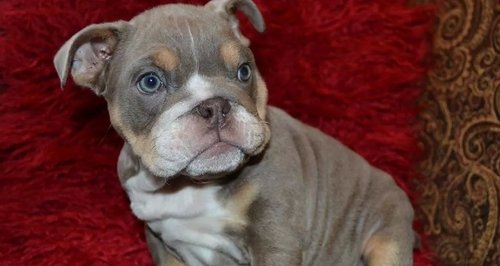 Thames Valley Police have arrested a 29-year-old woman on suspicion of handling stolen goods - on behalf of Surrey Police.

Officers attended an address in Grove yesterday (January 15) at 9.15pm following reports that a rare, lilac bulldog puppy named Lila that had been stolen from an address in Tadworth, Surrey on 17 October  last year may be at the address.

”We’ve been working closely with the Surrey Police to ascertain the whereabouts of this rare, lilac puppy.

"Following intelligence we attended an address in Grove and a puppy matching the missing animal’s description was discovered.

“We were pleased to assist Surrey Police with their investigation, and delighted that the puppy has been reunited with her owner.”

The puppy’s owners came to collect her from Wantage Police station..

She had been stolen from her Tadworth home in October last year, and Surrey Police have been trying to locate the puppy since then.

“As a dog lover myself, I know it will mean the world to the owners that she’s been found safe and well. It was a particularly rewarding incident to be involved with.”