Gentoo Penguins at the sea life centre in Birmingham have been making world cup predictions.

The birds decide by hopping on to a rock and reckon England's opening game against Italy will propbably be a draw.

The trend for using animals to try and predict scores goes back to Paul the Ocotpus who had a high success rate predicting the outcome of Germany games in the last world cup.

James Robson, curator at The National SEA LIFE Centre Birmingham, explains: "Our Gentoos are really enthusiastic and love playing new games so have quickly got into the spirit of choosing the winning flags.

"Alf, one of the oldest penguins and the self-appointed head of the colony, has been leading the predictions, with a little help from his long-term partner, Lolly, and his new girlfriend, Ginny. Surprisingly the two girls have agreed on the predictions when they're rivals in everything else!"

The trio's prediction for the first game of the competition, Brazil vs Croatia on 12th June, is a win for the hosts, Brazil. In England's first group game against Italy on 14th June, in the extreme humidity of the Amazon rainforest in Manaus, Alf predicts a draw for the European head-to-head. But youngster Pablo, who has been challenging Alf for his leadership, isn't sitting on the fence on this one. He's confidently predicting a win for Italy!

The sea life centre say penguin predictions will continue through the tournament, though it can be tough to get the birds to agree! 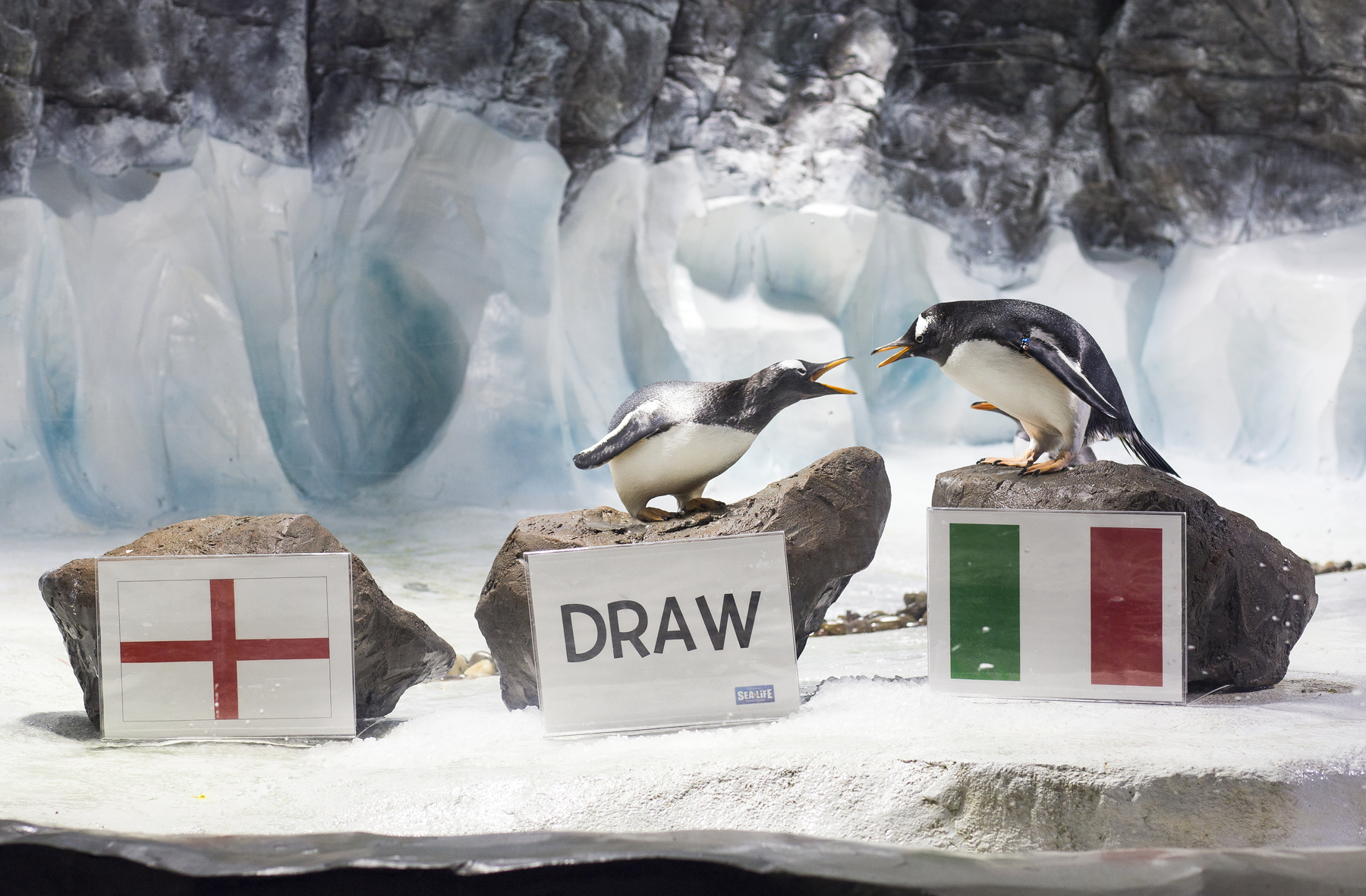