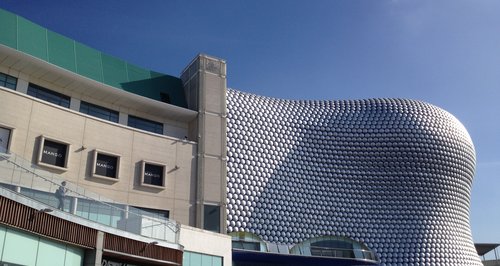 Today, Wednesday 4th September 2013 Bullring is one of the UK's most visited shopping centres attracting an average of 38 million customers a year with some of the world's most biggest named retailers, including the iconic Selfridges.

During the past decade a large number of new retailers have opened up at the complex including Jamie's Italian, UGG Australia and Apple, with Forever 21 choosing Bullring as its first European location.

Bullring celebrates ten years in the city with a month of events with a grand finale on 28th September with The Saturdays performing at their Autumn fashion show and Mollie King from the group hosting the catwalk shows.