Police in Birmingham have released CCTV images in a bid to catch a serial fuel thief, who stole almost £600 worth of diesel in the space of nine days.

Police in Birmingham have released CCTV images in a bid to catch a serial fuel thief, who stole almost £600 worth of diesel in the space of nine days.

In all the offences, the thief is seen driving a red Vauxhall Zafira Club onto the forecourt and filling up a container - placed on the back seat of the car - through one of the rear windows, before driving off.

The driver of the car is described as an Asian man with short black hair and distinctive 'cauliflower' ears.

"Witnesses say the car has a red England badge on the bonnet and possibly one on the back too," said PC Chris Jones from Steelhouse Lane police station. He added: "The vehicle also has a towbar and a chrome silencer on the exhaust, which is not a standard fit to these cars.

"The car, thought to be around 10 or 12 years old - is always on false plates which have usually been stolen from other vehicles, so in addition to the fuel thefts, we?d like to speak to the man in these images about those offences too.

"Furthermore, it is extremely dangerous to drive around with containers of fuel on the back seat of a car. It could spill and ignite inside the car or, in the event of a collision, increase the risk of harm to other road users, so we really need catch the person responsible for these thefts now."

Anyone who knows the identity of the man the picture should call police on 101, or Crimestoppers anonymously on 0800 555 111. 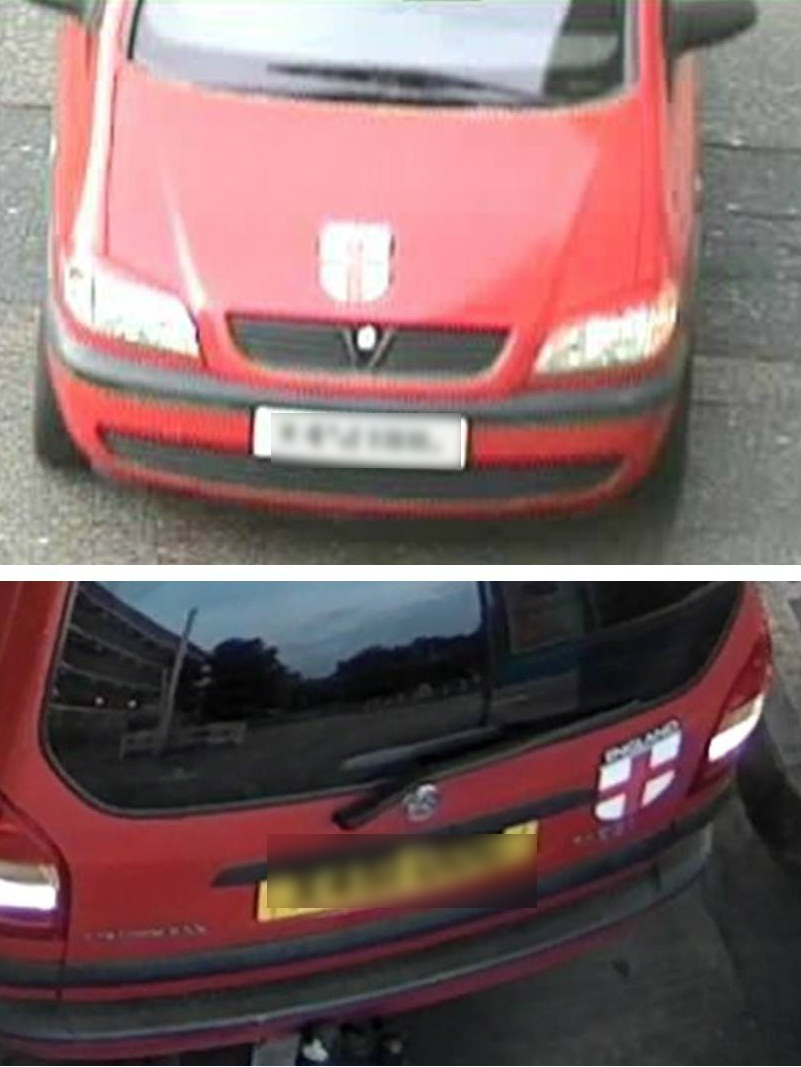