Items have been stolen from the memorial to Christina Edkins in Birmingham.

The school girl was stabbed to death on a bus in the city in March 2013.

An investigation was launched into the disappearance of the eight trinkets when they were reported missing by members of the late 16-year-old’s family in July.

Enquiries have so far been unable to identify the person responsible for their removal, but it’s hoped someone will recognise a woman captured on CCTV on the day they vanished. 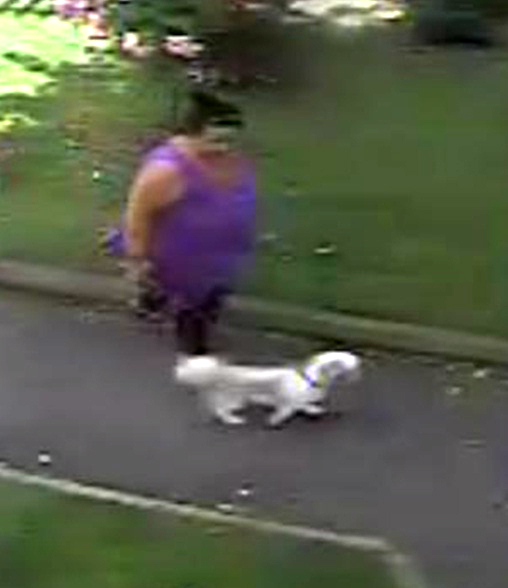 Christina's father, Jason Edkins, spoke of the family's distress over the missing items. "We as a family are still trying to come to terms with the fact that every morning we wake up and our daughter or sister won't be there," he said.
"All we have left is our precious memories, photos and our stories of the 16 years and two weeks she spent in our life.
"We also now have a headstone and plot where we can take flowers and little trinkets to make it look as beautiful as Christina was. So, you can imagine how heartbroken and shocked we were to discover that someone had taken eight things off her plot in July.
"They weren't of much value in money but they were very meaningful to us as they were brought not only by us but our extended family and Christina's school friends.
"Our heartbreak turned to anger when we saw the woman on the CCTV taking them away. We would just like to know why."
The CCTV still was taken at Birmingham Crematorium in Perry Barr on Sunday 6 July and shows a woman in a purple top walking with a white dog.
Inspector Karen Geddes, responsible for neighbourhood policing in the Perry Barr area of the city, said: “Christina’s family are of course devastated by what’s happened because the items have a great deal of sentimental significance.
“It’s difficult to try and understand why someone would want to remove them because they have little monetary value, but our primary aim is to try and get them back so they can be returned to the memorial, where they belong.
“I would ask anyone who recognises the woman in the image to come forward and let us know who she is by giving us a call or by contacting Crimestoppers anonymously. If you are the person in the CCTV, then I would ask you directly to please get in touch so that we can resolve the matter.”