People have been paying tribute to the 19 year-old from Staffordshire after he lost his battle with cancer yesterday.

Messages have been written on the pavement in Victoria Square in Birmingham as a tribute to Stephen who's charity campaign attracted interest from celebrities like Jason Manford, Russell Brand, John Bishop and Stephen Fry as well as David Cameron.

He's now raised more than 3.5 million pounds for the Teenage Cancer Trust whilst he was suffering from the illness.

One of the comments written in chalk on the street in Birmingham reads 'If half of the world's people cared half as much as Stephen, the world would be 100% better'.

The teenager died in his sleep in hospital yesterday after recently making a surprise recovery and being discharged.

The link to his Just Giving page is here: https://www.justgiving.com/stephen-sutton-tct 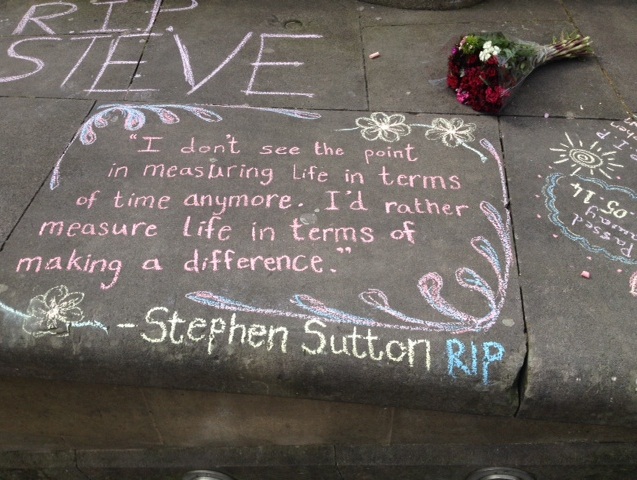 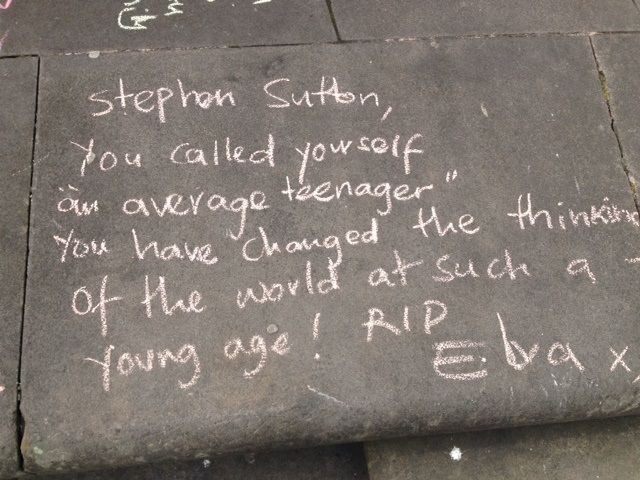