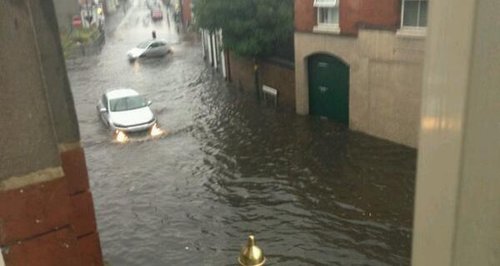 People across the West Midlands have been woken up by thunder and lightening, followed heavy rain causing flash floods on the roads and have also caused problems on the trains in the West Midlands.

@Mister_Haytch tweeted this picture of Slade Road, in Erdington flooded at Gravelly Hill.

Our newsreader Rob Mayor captured this bolt of lighting striking in the middle of Birmingham.