Taking Your Name Or Mine? Why Not Both? 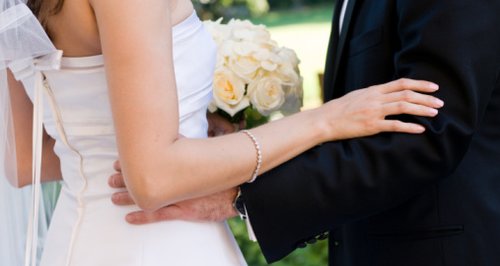 The latest trend for fashionable married couples isn't to be double-barrelled, or to keep one name, it's to create a hybrid of both!

Julian was covering for Ed today while he's off at some course or other, and he'd heard about this interesting development in the world of nuptials.

With Rachel's big day approaching fast Julian suggested that she could do this with Chris. She wasn't convinced.

But what do we mean by a hybrid name? Well you basically mix the two names together to create a new one. So if Julian Jones and Rachel New mixed theirs you'd get JoNew or NewNes.

You weren't shy in sharing yours with us, and some of them were hilarious! Carl in Harbourne's name is Stokes, his wife's is Wronska, so they'd be the Stonkas!

But some probably aren't appropriate. Listen to Julian and Rachel speak to one listener who wisely didn't chose to take her hybrid name:

It certainly got you going on Facebook too, read some of the other names you came up with and post yours here: