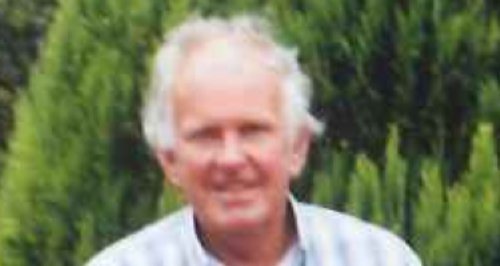 A man, who died after trying to move a tree caught in power lines, has been named as 71 year old Roger Winston Hayward from Bremhill, Calne.

Wiltshire Police say it happened   yesterday (Wednesday 12th February) when it is believed Mr. Hayward tried to move a fallen tree which had also brought down power cables, when he was electrocuted.

The ambulance service also attended but sadly Mr Hayward was pronounced dead at the scene.

"We would like to express our deep gratitude for the kind messages of condolence, love and support from friends and neighbours in Chippenham, Calne and beyond. We are all shocked and deeply saddened with the passing of our dearest Dad, husband, granddad and friend to many, Roger Hayward.

To those that knew him, Roger was a larger than life character, a friend and helping hand to many and any that needed help. There are many stories of this covering not just Wiltshire but on occasions when on holiday too.

Roger was one of life’s workers on his farm, never missed a day off in his life doing what he enjoyed to the end helping others. We would be grateful to remain private in our grief whilst we come to terms with our loss."

“Our thoughts are with Roger’s family at this difficult time. We cannot imagine how they must be feeling having lost him so suddenly.   I would like to remind the public to be extremely careful with any fallen trees, particularly if power lines are involved. Please call 999 so that we can come and secure the area, and with the help of partners make it safe to remove any debris.   The public should be careful not to underestimate the threats to safety that this weather brings, whether this is moving a fallen tree or driving through a flood.   It is imperative that the public take the right precautions and do not take any risks that might threaten their safety.”