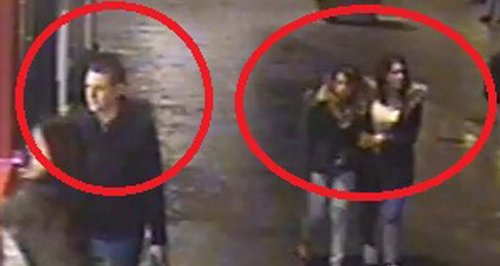 Wiltshire Police have released CCTV pictures of people they want to speak to about a New Year's Day assault in Calne.

It happened at around 3.15am outside Charcoal Grill on the High Street.

A 22 year-old woman was involved in an altercation with a small group of people and during the incident the woman fell to the ground and was kicked in the head by a man, who then ran off.

The woman went to hospital for treatment to a cut on her head.

Anyone with information is asked to contact PCSO Mark Cook via 101 or Crimestoppers on 0800 555 111 where information may be left anonymously.