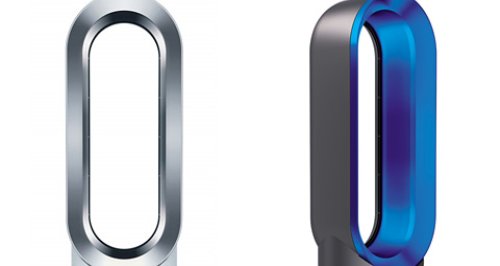 Wiltshire-based Dyson is recalling more than one million heaters over fears they could pose a fire risk.

The recall of the AM04 and AM05 models was issued on their website after "a small number'' short circuited, causing a small internal fire.

The British company stressed that other models are unaffected and no-one has been injured as a result of the fault. In a message posted on their website, Dyson is urging customers to return the products for a free engineering fix:

'We're voluntarily recalling all AM04 and AM05 heaters due to a potential safety issue.

Out of a million heaters sold worldwide, we know of a small number that have short-circuited resulting in a small fire contained within the machine.

There have been no instances of injury or property damage, but safety is our first priority. That's why we're recalling all machines and implementing an engineering fix in each one.'

Earlier this month the company released a "near silent'' update to its bladeless fan that it claims is quieter than a buzzing mosquito.

The company said the Air Multiplier fan is up to 75% quieter than the original model, released in 2009, after a team of 65 Dyson engineers reduced the turbulence of high velocity air.

Wiltshire-based Dyson, which employs more than 3,600 staff worldwide, was founded in 1992 and now sells machines, including vacuum cleaners and hand dryers, in more than 50 markets.