Swindon: More Leisure Facilites Could Be Leased Out 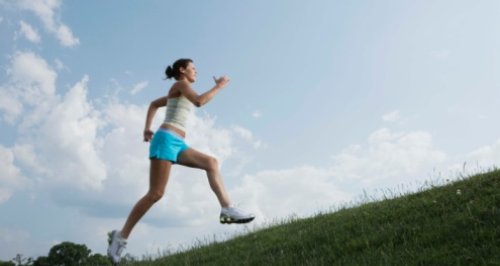 People have the chance to comment on proposals which could see the playing fields at Dorcan Recreation Centre and Croft Sports Centre transferred to an external operator on long-term leases.

The plans form part of Swindon Borough Council's Leisure and Culture Change Programme which is seeking to address the Council's estimated £54m budget gap over the next three years.

The Council is therefore looking at alternative ways of delivering services and recently invited commercial and not-for-profit companies to submit proposals to take over the running of its six leisure centres and three golf courses.

The aim is to transfer the facilities via long-term leases allowing the Council to reduce the considerable costs of providing leisure facilities and services, whilst at the same time making them financially sustainable. The Permitted Use for the facilities and associated playing fields under the draft leases are restricted to leisure and cannot be changed without the Council's consent.

As well as saving on running costs, the Council also expects to be able to make substantial savings on property maintenance, and secure future investment in these facilities similar to what is currently taking place at the Oasis Leisure Centre.

A consultation inviting members of the public to comment on the overall proposals closed on Monday (3 March) and the results will be presented to the Council's Cabinet in late spring to help inform councillors before a decision is made on a preferred bidder.

A further opportunity to give feedback on the proposed transfer of the playing fields at Dorcan Recreation Centre and Croft Sports Centre is open until Tuesday, 15 April.

The additional consultation is required as the Council has a statutory requirement to gain Secretary of State (Education) approval to enable any transfer of the playing fields contained within the proposed leases to third party operators. The application cannot be considered until the consultation has taken place.

The Council is keen to receive specific feedback from users of the centres, including schools, and details of the notice letters and plans have been displayed at each centre and in other local community centres. Letters have also been sent to more than 80 organisations who use both leisure sites, including several schools who use the facilities.

Cllr Keith Williams, Swindon Borough Council's Cabinet Member for Highways, Strategic Transport and Leisure, said: ''The proposal to transfer the Council's leisure facilities on long-term leases will make them financially sustainable and ensure they remain at the heart of communities.

''I would like to thank everyone who has already taken part in the leisure and golf consultation and would ask that anyone who has an interest in the playing fields at either Dorcan or Croft to submit their views so all of these are taken into account before a decision is made.''

Anyone would like to comment on the proposed transfer can email: LandCChangeprogramme@swindon.gov.uk or write to the following address: Law and Democratic Services Civic Offices Euclid Street Swindon SN1 2JH

Any correspondence should quote the reference: Leisure Project (SP) and all comments should be received by 15 April 2014.

An analysis of the comments received will be forwarded to the Secretary of State as part of the Council's application for consent to the proposal.