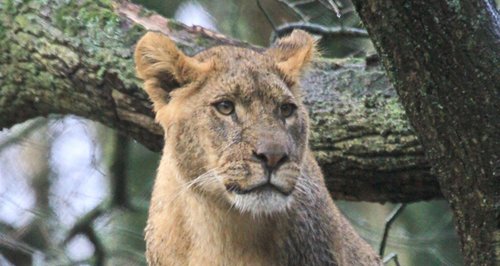 Longleat Safari Park has destroyed five of its lions because they had serious genetic defects caused by inbreeding.

The Park said it had no choice but to put down lioness Louisa and her cubs because they displayed "odd aggressive behaviour''.

A sixth lion, called Henry, was destroyed on "welfare grounds'' after suffering severe injuries when he was attacked by his brother and Louisa last month. Over the past six months there has been an increase in violence among the pride in one of the enclosures following a 40% increase in the population caused by an explosion of pregnancies. In addition to Henry, Louisa and her four cubs being killed, a further five will be moved to other premises to alleviate the problem, Longleat said.

News of the decision to put down the lions caused outrage, particularly on Longleat's Facebook page, which caused the park to issue a lengthy statement in response. Gordon Smith wrote:

"This seems on the surface a shameful decision. Longleat cannot play God with these animals. Surely a better outcome could have been achieved?''

"Oh my God, I'm completely shocked by this. Surely they could have been moved to another zoo or enclosure? Putting down cubs? Disgusting. You should be ashamed.''

Longleat, which is on the Wiltshire estate of the Marquess of Bath, said Louisa's behaviour was due to "poorly managed genetic history prior to her arrival'' in 2011 aged 18 months.

She was initially thought to be suffering from the effects of poor nutrition but it became "apparent that she was suffering from neurological problems'' as a result of "relatively high levels of inbreeding'', the park said.

The four cubs also showed signs of neurological problems such as "incoordination and odd aggressive behaviour that were not considered normal or appropriate compared to other animals within the collection''.

The park said it would have been irresponsible to move the animals to another collection and reluctantly took the decision to euthanise them.

"Further reviews of the pathology of related animals revealed a high level of brain tumours, which had not previously been reported in lions, as well as a general failure of normal neurological development. Longleat has never seen these problems in the many other cubs born here over the years and has an extremely good nutritional programme meaning that dietary inadequacies have never been an issue.

The only consistent link with all these neurological developmental disorders has been Louisa and this was attributed to her confused and poorly managed genetic history prior to her arrival at Longleat. After considering the pressures in the group, due to the recent increase in pregnancies, and the developmental disorders present in the cubs it was reluctantly decided that euthanasia was the responsible option for these individuals.''