Longleat: Portrait Of King Could Have Be Last In His Lifetime 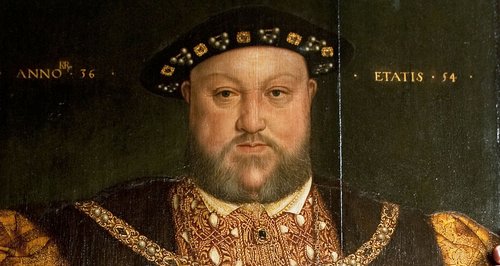 A picture of King Henry VIII, which has been on display in Longleat House, in Wiltshire for more than 300 years, could be the last portrait of the Tudor monarch painted during his lifetime.

However, recent dendrochronological examination, using annual growth rings to date and locate the wood used, has revealed three of the boards are made from a single oak tree which could have been felled in the eastern Baltic sometime in or shortly after 1529.

''Although this only represents a date after which the portrait must have been painted, it does allow for the key conclusion that it remains possible the work is of the same date as that implied by the inscription it bears,'' said Longleat Curator Dr Kate Harris. An early date within the king's lifetime is also suggested as a strong possibility by the provenance of the painting.

''It is recorded in the Longleat archives as having been purchased from the collection of the Earls of Pembroke at Wilton in the 1680s by the 1st Viscount Weymouth.

''Sir William Herbert was created Earl of Pembroke in 1551, he was married to Anne Parr, sister of Henry VIII's sixth wife, Catherine Parr.

''Given the trajectory of his career, it would be entirely appropriate for him to have owned a good likeness of Henry VIII,'' added Kate.

The Longleat image is based on the portrait tradition established in 1537 by Hans Holbein's large mural painted for the king's Privy Chamber at Whitehall. Holbein's mural was destroyed by fire at the end of the 17th century. Its appearance is known through a much smaller oil on canvas copy of 1667 by Remigius van Leemput which is now at Hampton Court.

''It seems the face in Henry's official portraits was updated as he aged through direct observation of the king by the artist, or artists, concerned,'' said Kate.

''The chief significance of the recent technical examination of the Longleat panel painting is the possibility it is the latest image of Henry VIII drawn direct from the life,'' she added.

As a result of the new findings the portrait's insurance valuation has been reviewed and considered a significantly more treasured item within the extensive collection at Longleat House.