Swindon: Have You Seen Adam Wilmott 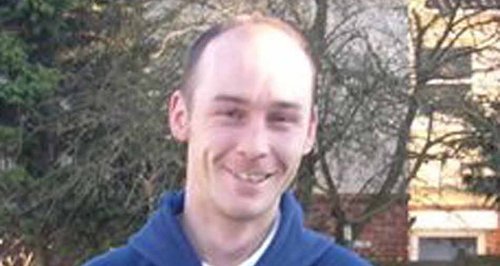 The family of a missing man have made a desperate plea for information on his whereabouts on the third anniversary of his disappearance.

Although homeless at the time of his disappearance, Adam often stayed at local hostels or with friends and always maintained contact with his family.

Despite his family's attempts to locate him themselves and via the Salvation Army tracing department, they have not found him.

His family reported him as a missing person to Wiltshire Police in April 2014.

The last confirmed sighting of Adam was when he left the Great Western Hospital in Swindon on September 27th 2011 after being discharged. He has not been seen or heard from since this time which his family say is very out of character.

In a joint family statement, his family has asked for anyone with information to come forward.

"Those of us who know and love him know that he would not disappear without contacting family or friends for very long.

"Whilst Adam found it hard to settle anywhere, he always remained in contact and especially after his mother's brain haemorrhage.

"On the third anniversary of his disappearance we plead with anyone who may have seen him or have any information to please come forward. "

Adam is described as white, medium build with short brown hair on the sides of his head but bald on top. He normally has facial hair in the shape of a goatee. Adam has long-term medical issues which require regular medication.

''Despite his lifestyle, Adam would rarely miss a Christmas or birthday and it is at these times in particular that his family really feel the pain of not knowing where he is.

''I would like to speak to anyone who may have seen Adam specifically around September 2011 and the months following that.

''Any information, regardless of how small, might prove crucial to this investigation.

Anyone with information as to Adam's whereabouts or anyone who may have seen Adam since 2011, should contact Wiltshire Police on 101 or Crimestoppers on 0800 555 111 where information can be left anonymously.

There is also a Missing People website page for Adam.