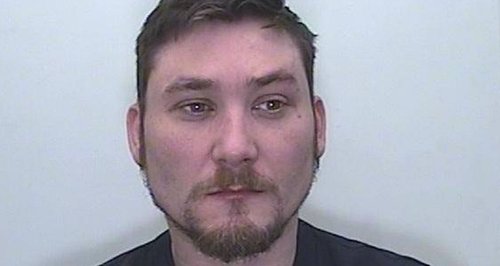 34 year old David Andrew Brierley, of no fixed abode, Swindon, has been sentenced to 15 years imprisonment for the rape of a woman over 16.

The incident took place in a car park in Swindon in February this year.

“David Brierley is a violent sexual predator who has proved to be a danger to women. Firstly, I would like to commend the bravery of Brierley’s victim who was forced to relive the details of her horrific ordeal by providing full and frank details to Wiltshire Police during this investigation.
She has displayed the utmost courage and strength during the course of this investigation and subsequent court case.
Brierley was convicted of a rape in 2000 and was jailed for 8 years. This second incident proves he has not been rehabilitated and remains a threat to women in our society.
Incidents of rape and sexual assaults in Wiltshire are low and I would like to reassure our communities that when incidents such as this occur, Wiltshire Police act rapidly and robustly.
I would like to commend my team in CID who worked tirelessly on this case – in particular Detective Constable Ben Collier who led this investigation.
Finally, I would like to urge anyone who has been a victim of any crime to contact Wiltshire Police immediately on 101 or Crimestoppers on 0800 555 111 where information can be left anonymously.”

Victims of sexual assault can also seek support and counselling from the Sexual Assault Referral Centre (SARC) based at the New Swindon Sanctuary, The Gables, Shrivenham Road, Swindon.