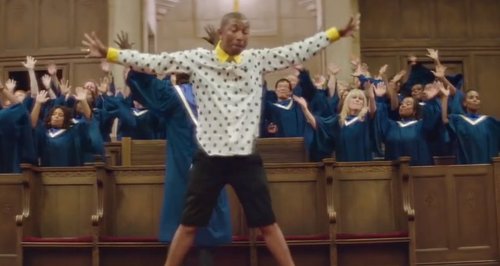 Thousands of people have been logging on to YouTube to see a video made by staff at John of Gaunt School in Trowbridge.

Students at the school were filmed being asked about their education, but they were unaware that their teachers were dancing in the background.

The resulting video has been set to Pharrell Williams' Number One hit Happy.

The video was filmed and edited by house leaders Gemma Brown and Katie Poole and technician John Le Broc.