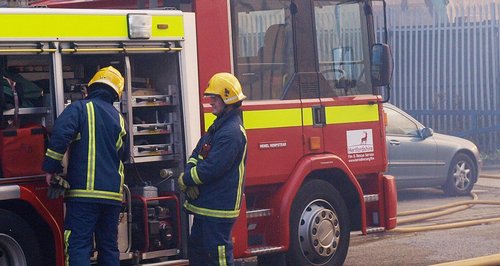 A fire involving a workshop at Vastern, near Royal Wootton Bassett, is now under control.

Wiltshire Fire & Rescue Service was called to the site at 12.55pm today (27 February) for what was originally described as a barn fire – however, on arrival, it became clear that the flames had spread to an adjacent workshop.

Eight fire crews initially tackled the blaze, from Swindon (two), Westlea, Cricklade, Calne, Marlborough, Chippenham and Malmesbury. They were supported by a water carrier from Ramsbury and an incident command vehicle from Stratton.

By 4.25pm, the fire in the workshop had been brought under control, with many of the contents saved. There is no longer a safety cordon in place as the cylinders on site are no longer deemed to be a threat.

Crews continue to tackle the barn fire, but it is expected that the number of firefighters needed at the site will be scaled back within the next hour.

It is believed that the fire started accidentally but the exact cause remains unknown at this time.