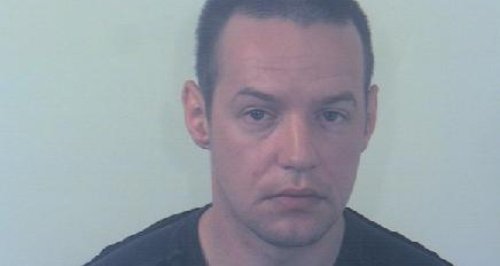 A Barnsley man has been jailed for 12 years after pleading guilty to raping a woman in her own home earlier this year.

He was given a 20-year extended sentence at Sheffield Crown Court today.

He will serve 12 years of his sentence in prison with the remainder to be served on licence.

Jones forced his way into an address in the Huddersfield Road area of Barnsley in the early hours of Saturday 8 March.

He subjected a 20-year-old woman to a prolonged serious sexual assault and threatened the victim with a knife during the attack.

Jones left the property and the woman, who did not know her attacker, was then able to contact police.

He was arrested four days later.

'This was a horrific and prolonged ordeal for the victim who has remained strong throughout the investigation.

'It will no doubt take a long time for the victim to come to terms with what happened and she continues to receive support from various agencies to help her to move on with her life.

'The sentence imposed today reflects the seriousness of the offence which was clearly pre-planned by the defendant.

'South Yorkshire Police takes all reports of rape and sexual violence seriously and will investigate them thoroughly.'