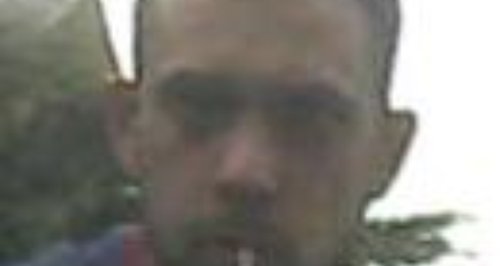 Bradford Police have released the photo of a man who they want to trace in connection with a major operation to tackle drug dealing in the city.

This appeal is the final stage of Operation Stalebank, which has so far put 105 dealers behind bars for a total of 328 years.

Members of the public have already shown their support by helping to identify a number of men earlier this year and this man is the only one who was not identified and questioned by officers.

Detective Inspector Ian Bryar, who is leading the investigation, said:

'Drugs are a blight on the community and have a massive impact on the lives of individuals and communities. Stalebank has been a big success by disrupting the supply and distribution of Class A drugs heroin and cocaine in Bradford District and resulting in significant sentences for a number of dangerous criminals.

'Members of the public have really got behind this operation and provided us with key information that had enabled us to identify suspects, make arrests and bring people to justice. We were delighted with the public response to our appeal earlier in the year and this is now the only person still outstanding that we want to speak to.

'If anyone recognises this man or has any information that could help us to identify him then we urge you to get in touch. You can call DC David Jackson at Bradford District Police on 101 or get in touch anonymously with Crimestoppers on 0800 555111.'