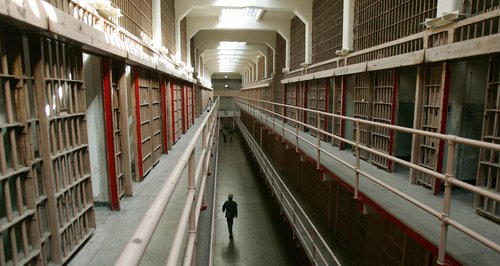 HMP Doncaster has been heavily criticised for locking up inmates in cells without electricity or running water for more than two days.

The prison, which is run by security giant Serco, is the latest jail to be slammed by Her Majesty's Inspectorate of Prisons (HMIP) after inspectors found its ``performance was in decline''.

The report comes as Labour hosts a summit in Westminster on what the party calls a growing crisis in Britain's jails.

And it coincides with a troubling report from the Prison and Probation Ombudsman into self-inflicted deaths among young adult inmates, which found suicide risk assessments and monitoring arrangements were poor in too many cases.

HMP Doncaster was ``experiencing real drift'', according to inspectors, as levels of violence in the prison were found to be up to four times higher than typically seen in similar jails.

Some 'extremely violent' incidents had been referred to the police and there had been a recent incident where a wing had been damaged by fire and vandalism.

The report also revealed some prisoners had been locked in cells with no running water or electricity for more than two days and had spent only short periods out of the cells.

'Despite some positive features, Doncaster was a prison with much that had to be put right, some of it urgently.

'The prison was experiencing real drift and performance was in decline. Some staff seemed overwhelmed by the challenges confronting them and needed more support.'