England’s First Polar Bear Gets A Home In Yorkshire

England’s only polar bear has settled in and is enjoying his retirement at Yorkshire Wildlife Park.

Victor, who weighs 1,058lb – that’s nearly half a tonne -arrived at the Yorkshire Wildlife Park after making the journey from Holland by ferry.

The 15 year old animal will be housed in a new facility, named Project Polar, which spans about 10 acres.

Park officials said they collaborated with experts to create an environment which reflects the Arctic summer habitat.

Park chief executive John Minion said the continent was now full of Victor's children and so he had been taken out of the breeding programme. 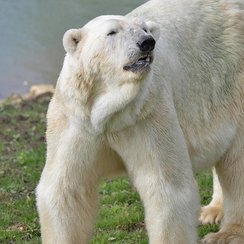 "Victor has been the most amazing animal; he has settled in the easiest out of all the animals I've worked with," he said.

"Within 10 minutes of being here he had settled down, he was in his house, eating his food, having a drink and it was like he had been here all his life.

"He's actually the most prolific breeder across Europe, so most polar bears in Europe are probably his children."

To find out more on Victor and how you can visit him head to Yorkshire Wildlife Park. 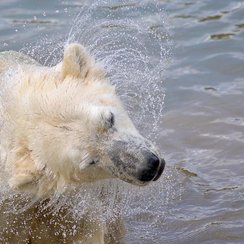