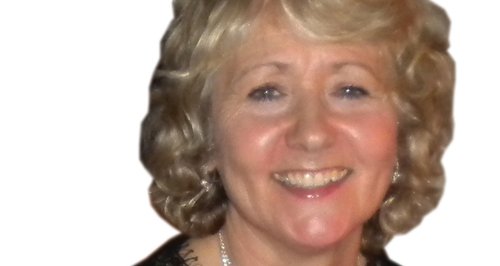 More than a thousand people have attended a memorial service for teacher Ann Maguire, who was stabbed to death at her school in Leeds.

Mrs Maguire, 61, died from multiple stab wounds following the attack at the school in April, as she taught a Spanish lesson.

On the eve of the memorial she was remembered as a 'beautiful, dedicated and hard-working individual' by her family.

The mother of two, who died from multiple stab wounds following the attack, had taught at the school for more than 40 years and was due to retire this month.

Her husband Don, 62, says he hoped the service at Leeds Town Hall would reflect who she was.

'Ann was a very loving dedicated wife and a natural mother and it was her natural mothering qualities that I think made Ann such a wonderful teacher,'' he said.

'She was a beautiful, dedicated, hard working individual, so I hope that and the fact she had a very strong faith is reflected in this service.'

The many tributes which followed her death, the first killing of a teacher in a British school since the Dunblane massacre in 1996, brought comfort and solace to the family, he said.

The service will be led by Rev Monsignor John Wilson of the Catholic Diocese of Leeds and organisers say it will be ``a celebration of Mrs Maguire's life in song, on screen and through words''.

A tribute video has been created in which people who knew Mrs Maguire share their memories of her and how she affected their lives. The video will be shown during the service and will be relayed to screens outside.

'I think what we took away was that we have so many of our own stories and memories of Mummy and we are so grateful people chose to share theirs.'

Members of the public have been invited to join her family, colleagues, pupils and civic dignitaries.

Those attending the service as well as schools across Leeds will take part in a minute's silence.

Mrs Maguire's death on April 28 sent a shockwave through Britain and provoked a huge response in terms of tributes from around the world.

Flowers and messages pinned on the fences outside the school gates stretched for more than 100 metres.

Many of the messages were from current and former pupils but others were from strangers who wanted to register their sadness.

Around 300 people attended Mrs Maguire's funeral mass in May.

The couple have two grown-up daughters - professional dancer Emma, who has been a member of the Royal Ballet since 2002, and osteopath Kerry, who also trained as a ballerina.

Mrs Maguire also brought up two of her nephews - Daniel and Andrew Poole - as her own sons after her sister Eileen's death from cancer in 1986 at 35.

The Ann Maguire Arts Education Fund has been set up in her memory to provide bursaries and funding for the enhancement and personal development of young people through music, drama, language and dance.

Donations can be made at www.justgiving.com/ann-maguire.

Meanwhile A 15-year-old boy has appeared in court charged with Mrs Maguire's murder. He is remanded in custody and will appear in court again in November.