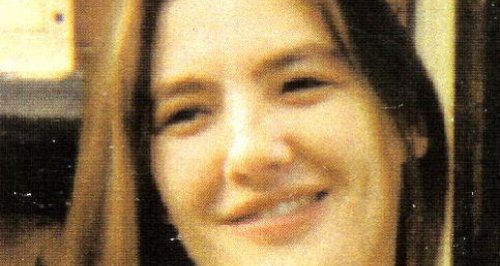 A taxi driver from Harrogate who admitted killing a woman in a frenzied attack with a hammer and a knife then burying her at a beauty spot has been told he must serve a minimum of 12 years in prison.

Bell pleaded guilty to manslaughter on the grounds of diminished responsibility when he appeared at Leeds Crown Court earlier this week.

Judge Peter Collier QC gave him a life sentence and ordered him to serve a minimum of 12 years.

'The killing of Gemma Simpson was brutal. Your treatment of her body after death was dreadful.'

'But your culpability was considerably diminished by your mental illness.''

Earlier this week the judge heard how Bell, who handed himself into police earlier this year, said he gave Miss Simpson the opportunity to get away but killed her after he thought she had threatened his children.

He then drove her to Brimham Rocks, near Harrogate, where he dug a hole with a shovel and buried her.

Mr Myerson told the court that Bell, who was 30 at the time of the attack, had known Miss Simpson for around five years.

On the day of her death, the pair met at Leeds railway station before going back to Bell's flat in Harrogate.

Bell was questioned by police after Miss Simpson was reported missing and said the young woman had called him to ask if she could stay with him but he had not seen her that day.

In July this year, Bell rang a former girlfriend and told her he had killed someone 14 years ago. He then handed himself in at Scarborough police station.

During his interviews, Bell took police to Brimham Rocks and showed them where he had buried Miss Simpson, and her remains were recovered.

He said he had visited the site four or fives times since Miss Simpson's death.

Bell told police he had considered confessing in the past but his mother was still alive and he was concerned about losing his freedom.

Paul Greaney QC, defending Bell, told the court the defendant heard voices telling him to do things and had ``developed complex delusional beliefs'' which saw him moving around the country because he believed a group of men were trying to kill him.

A psychiatric report carried out after Bell's arrest diagnosed his mental illness as schizophrenia.