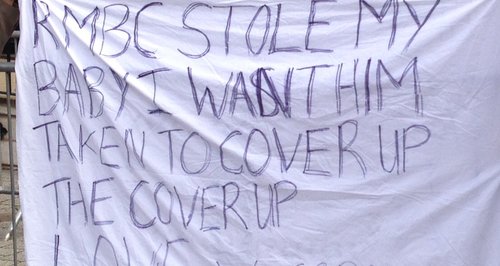 Councillors in Rotherham have described failings that allowed the sexual exploitation of at least 1,400 youngsters in the town to carry-on for more than a decade as ``unacceptable and inexcusable''.

Councillors in Rotherham have described failings that allowed the sexual exploitation of at least 1,400 youngsters in the town to carry-on for more than a decade as ``unacceptable and inexcusable''.

The deputy leader of Rotherham Council, Paul Lakin, told an angry and emotional public meeting he was ``appalled'' by the contents of the report by Professor Alexis Jay which revealed how huge numbers of girls, and some boys, were raped, trafficked, threatened with extreme violence and ignored by the statutory authorities.

The councillor offered his apologies to the victims of the abuse in the South Yorkshire town but fellow members of the ruling Labour cabinet also protested that they were not aware of the scale of the problem until recently.

The meeting of the cabinet of Rotherham Council was punctuated by shouting from the packed public galleries and interjections from opposition Ukip councillors.

One woman yelled at the councillors: ``We are very angry and we don't know why all of you haven't resigned.''

Other calls for the councillors to resign were greeted with applause.

Mr Lakin said: ``We have all been appalled by the terrible contents of this report.''

Making opening comments, he said: ``It is with a deep sense of regret that we are here today to discuss how, in the past, as a council, we badly let down young people and families we were supposed to protect. The failings outlined in the Jay Report are unacceptable and inexcusable.

``The public are rightly outraged, as are we, by its findings.

``The pain and devastation that these young persons and their families have suffered is inexcusable.

``No apology will take this away and we are deeply sorry.''

But Mr Lakin said the Jay Report showed his council was now ``fit for purpose''.

He said: ``We know this offers little comfort to those who were so badly let down in the past.''

And he added: ``This time next year we will be a very different council - that is a promise from me.''

Around 40 members of the public packed into the small council chamber in the Town Hall.

The meeting started with questions from the public with one man asking the councillors to explain why they did not act following a seminar about child sexual exploitation around a decade ago.

Replying, councillor Ken Wyatt said: ``Yes, we knew that it was happening, especially from that seminar.

``That seminar also covered the issue of it being a national problem.''

Mr Wyatt added: ``It was not at the scale we have subsequently found out.''

He said the councillors at the seminar were told the matter was being dealt with by the police.

Other councillors questioned whether elected members had been given the full picture by their officers.

Councillor Glyn Whelbourn said: ``We can't ask quality questions if the information is not in front of us.''

The Jay Report sparked a wave of criticism of police, councillors and local authority officials but only council leader Roger Stone has resigned in its wake.

Outside the meeting, a 17-year-old girl, who said she was sexually exploited in Rotherham when she was as young as 12, protested along with her mother.

The teenager said: ``Foster carers used to drop me off to meet a specific man who was 23 years old when he started doing that to me.

``Police raided where I was staying with him because I was missing to the local authority but they arrested me and not him.

``It wasn't clear to them that he'd been abusing me even though I was stood there naked.

``That wasn't clear enough to them. He was already on the sex offenders register.''

The girl said none of the men who abused her have ever been arrested or prosecuted.

Asked about the councillors meeting inside, she said: ``They sit and talk about it and make out that they'll do something about it. But nothing will be done about it. If something was going to be done about it, it would have been done ages ago when they first found out it was happening.''

Her mother said: ``The police knew about it. Every time we asked for help she either got moved away or got arrested. Sex offenders walked free.

``She's got to be tortured for the rest of her life because they wanted to cover up a cover-up.

She added: ``Social services condoned it. Police condoned it. They told me there was nothing they could do.''

Mr Crompton told the House of Commons Home Affairs Committee that he now has 62 officers dedicated to dealing with child sex abuse, compared to just three in 2010 and eight in 2012.

His comments came after he announced an independent inquiry by an external police force into the South Yorkshire Police handling of sex abuse complaints over many years.

Mr Wright was a Rotherham councillor for more than a decade before his election as PCC and, between 2005 and 2010, he was the cabinet member responsible for children's services.

He has resisted top-level calls for his resignation, including from Prime Minister David Cameron, Home Secretary Theresa May and Labour leader Ed Miliband.