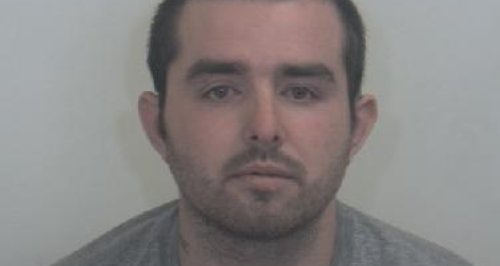 A violent sex offender from Rotherham who groomed and coerced two teenage girls was given an 'unduly lenient' six-year jail sentence by a crown crown judge, the Court of Appeal has ruled.

Lord Justice Fulford, the most senior judge on the appeal panel, said Recorder Anton Lodge had imposed a sentence which was lenient to a ``significant degree'' following a trial at Sheffield Crown Court in June.

He said a 12-year term reflected the ``violence and coercion and degradation'' that had accompanied the offences.

Pearson had been convicted of rape, sexual assault and of having sexual activity with a child, after entering not guilty pleas, appeal judges were told.

He had been arrested after one of the girls, who cannot be identified but were both in their mid-teens, complained to police.

Government legal advisers had thought the six-year sentence lenient and asked the appeal court to examine the case.

'It is clear from the evidence that he dominated these two young victims and used this coercion to maintain their compliance.''

'He groomed these victims.'

'These were appalling crimes carried out over an 11-month period against two children. Whilst Lee Pearson was engaged in unlawful sexual activity with one child, he sexually assaulted another.

'Having befriended his teenage victims, Lee Pearson went on to subject them to a sustained campaign of intimidation and violence. He threatened them, using physical force if they did not do as he said, and used controlling behaviour to isolate them from their friends.''

'I am pleased that the Court of Appeal has increased the sentence from six years imprisonment to 12 years and I hope this offers some measure of reassurance to the public and a degree of comfort to the victims.''

The judges were told that Pearson had a string of previous convictions for motoring offences. They heard that he was given a four-year custodial sentence in 2005 after being convicted of driving a stolen car dangerously when disqualified and causing the death of a 16-year-old scooter rider.