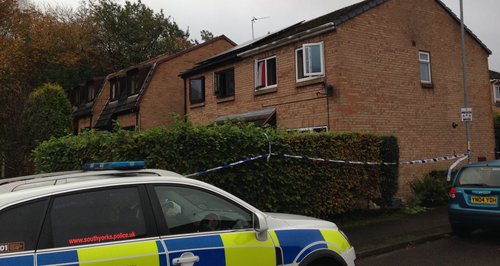 A schoolboy left critically ill following a house fire in Penistone which killed his dad and younger brother has died from his injuries.

12 year old Jack Sykes was rescued from the blaze in Tennyson Close by firefighters shortly after 6.30pm on Wednesday of last week.

He was treated in hospital for almost a week but died last night.

Detectives confirmed the fatal fire was started deliberately and an accelerant was used but said they are not looking for anyone else in connection with the investigation.

Jack's nine-year-old brother Paul and 44-year-old father Darren were also rescued from the blaze but died later the same evening in hospital.

The three were found by firefighters on the first floor of their semi-detached house.

South Yorkshire Police said:
"A 12-year-old boy left critically ill following a house fire in Penistone has died as a result of his injuries.

Emergency services were called to a house on Tennyson Close at around 6.30pm on Wednesday 22 October. A man and his two sons were rescued from the property by firefighters.

His older son, Jack Sykes, was taken to hospital in a critical condition but lost his fight for life last night.

Detectives investigating the fire have confirmed it was started deliberately and that an accelerant was used. Police are not looking for anyone else in connection with the incident.

The investigation continues on behalf of the coroner.''

After Paul's death, headteacher Andy Platt said:
"Following the recent tragic events in Penistone, all of us at Springvale Primary School wish to offer our heartfelt condolences to the family and friends of Paul Sykes at this very difficult time

Paul was an outgoing, popular boy who was blossoming into a fine runner and cornet player. He will be greatly missed.

The pupils and staff at Springvale are being very well supported, both by an experienced team of specialists from Barnsley Council and members of the wider community.''

A nine-year-old boy and a 44-year-old man have died after a house fire which police say is suspicious.

A second boy aged 11 is critically ill in hospital following the blaze at a home in Penistone, near Barnsley.

Police say they are not looking for anyone else in connection with the fire.

South Yorkshire Police have named them as Father and son Darren and Paul Sykes.

A South Yorkshire Police spokesman said emergency services were called at 6.30pm yesterday and the three were taken to hospital, where the man and youngest boy were pronounced dead.

An investigation has been launched into the cause of the fire.

'A 44-year-old man and an 11 and nine-year-old boy were rescued from the property and taken to hospital with life-threatening injuries.

`The man and nine-year-old boy were pronounced deceased at hospital. The 11-year-old boy remains in critical condition.'

Firefighters found 'a fully-developed fire throughout the house' in Tennyson Close when they arrived, South Yorkshire Fire and Rescue Service said.

A spokesman said the 11 year old had 'life-threatening' injuries.

He added: ``Our thoughts are with the family of those involved in this tragic incident.'
