A11 Upgrade To Lead To 'Faster Ambulance Response Times'

Ambulance bosses have welcomed the completion of the major A11 road works, which will help improve safety and response times.

Officials from the East of England Ambulance Service NHS Trust (EEAST) put their names to a petition six years ago calling for the A11 to be fully dualled.

Completion of the Highways Agency scheme brings to an end the daily tailbacks on the nine mile stretch of the A11 and reduces the congestion 999 crews face when attending emergencies in the Thetford, Mildenhall and Newmarket areas. 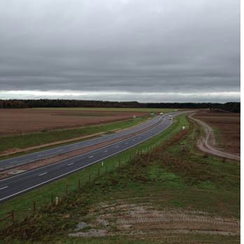 Matt Broad, Locality Director for Norfolk, Suffolk and Cambridgeshire, said: "The opening of this A11 upgrade is very welcome news for everyone using this important route, particularly for our ambulance crews attending medical emergencies such as cardiac arrests when every second counts.

"The full dualling will ultimately help speed up response times and reduce the number of road traffic collisions on that section of road. We will also be able to do hospital transfers more quickly."