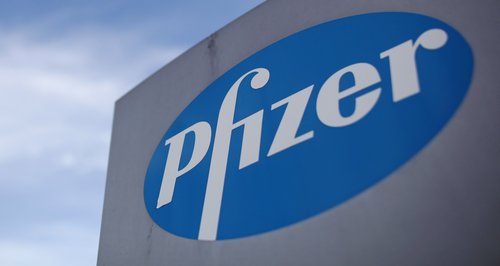 The boss of US drug giant Pfizer has said the firm's proposed takeover of British-based AstraZeneca is a "win-win for society''.

Pfizer chairman and chief executive Ian Read said the #60-billion-plus deal would "liberate the balance sheet and tax'' of both companies after Prime Minister David Cameron insisted the American firm must provide more assurances about its commitment to Britain.

AstraZeneca - which is due to move around 2,000 staff to Cambridge -  has so far resisted approaches from its rival, but Pfizer executives have not given up hope of completing a deal - potentially the biggest foreign takeover of a British company.

Fears have been raised that resulting cost-cutting could cause the loss of thousands of highly-skilled jobs and undermine the UK's science base.

In a series of videos posted on Pfizer's website, Mr Read, who is due to be grilled by two House of Commons' committees next week, said the proposed takeover was motivated by "three components of value'', including combining some of the companies' products and improving efficiency.

"Governments are all around the world pressurising the industry to produce products of higher value and with more productivity, at lower cost,'' he said.

"So one way of doing that is to consolidate and is to take out overlapping functions.''

One of the components of value is "the fact that it will liberate the balance sheet and tax of the combined companies'', Mr Read said.

"That will allow us to have great cash flow and together be a stronger company, and together be able to invest in research, and in development, and with the scientific community,'' he added.

"I think both companies have strategies that are aimed at growing and aimed at meeting patients' needs.

Mr Read said he believed the cultures of Pfizer and AstraZeneca were "very complimentary''.

"When we looked at AZ, we liked their science,'' he said.

"We liked where their science is being done, which is in the UK, and we know we have good science in the UK in the Cambridge, Oxford, London and other universities.

Mr Cameron told the Commons this week that Pfizer's assurances - including retaining at least 20% of the combined companies' research and development workforce in the UK for at least five years and basing its European HQ in Britain - were "encouraging'', but he said he was "not satisfied'' with them and wanted the firm to do more.

Mr Read and AstraZeneca chief executive Pascal Soriot will be questioned by the Business, Innovation and Skills Committee on Tuesday morning, before returning to the House of Commons on Wednesday to be quizzed by MPs on the Science and Technology Committee.