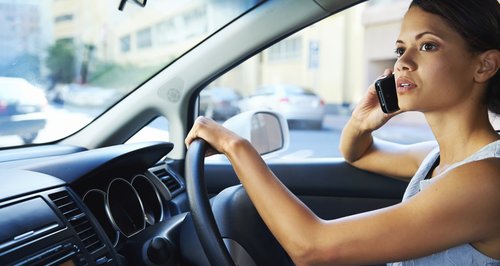 Cambridgeshire Police have caught 448 motorists using a mobile while driving during a month long campaign.

A total of 448 drivers were fined and a 21-year-old man from Suffolk was charged with driving otherwise than in accordance with a licence, no insurance, driving whilst using a mobile phone and failing to stop.

He appeared at Huntingdon Magistrates' Court on July 15 and received six points on his licence, but was disqualified for 12 months and fined £200 for exceeding 12 points.

During the campaign, one vehicle was also seized for having no insurance.

Inspector Mark Rogers said: "The action last month was part of the Department for Transport's Think! campaign, highlighting the real problems we have on the roads.

"Driving while using a phone is part of the 'fatal four' driving offences, along with speeding, not wearing a seatbelt and drink or drug driving.

"If you are using a phone while driving, your reaction times are 50 per cent slower and you are four times more likely to have a collision.

"It is disappointing people are still not taking notice of the advice we are giving and we will continue to enforce the law to ensure our county's roads are safer."