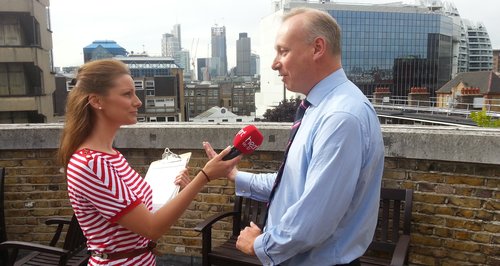 Heart Cambridgeshire puts your questions to the new MD of First Capital Connect in an exclusive Q&A session.

David Statham was appointed Managing Director of First Capital Connect (FCC) on May 24. He replaced Neal Lawson who left the company to join Network Rail.

Approximately 180,000 people travel with FCC every weekday; 85,000 on the Great Northern route.

A month into the job, Mr Statham announced the 'first batch of a wide range of improvements' designed to deliver three key things:

Exactly two months into the job, we asked Mr Statham how he's getting on and put your questions to him.

He told Heart: "This is a great opportunity for me personally.

"For me its about putting the customer at the heart of our business, that we concentrate on what people are telling us are the most important things to focus on.

There are really only three things.

We know from lots of the market research that customers don't think we're doing well enough in those three areas".

In a recent **National Passenger Survey 84% of passengers travelling on the Great Northern Route said the punctuality/reliability of the service was good or satisfactory.

65% said the cleanliness of the trains inside was good or satisfactory, only 27% of those surveyed were happy with the toilet facilities, 16% with the availability of staff.

Listen to the full Q & A session here:

**More than 50,000 passengers a year consulted to produce the National Passenger Survey, a network-wide picture of passengers' satisfaction with rail travel.