Police have released CCTV images of a man they want to trace in connection with an arson attack at a school in Peterborough.

A large amount of fire and smoke damage was caused to The Peterborough School, in Thorpe Road, by the blaze which was started at 3.40am on September 8. 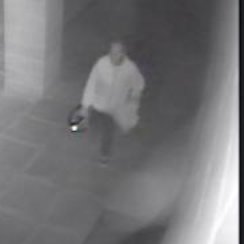 A number of books with 'historical significance' were also damaged.

Now police have released CCTV images of a man they want to trace.

Detective Constable Nina Bartlett, investigating, said: "We are keen to speak to the man pictured and I would urge anyone who knows who he is to call police."

Anyone with any information should call DC Bartlett on 101 or Crimestoppers, anonymously, on 0800 555111.