A ten year old boy has helped officers produce Efits, after seeing his mother being threatened with a knife in Cambridge.

The boy, who lives in a flat with his mother in Kathleen Elliott Way, was asleep when he was woken by banging on the front door at around 6:30am on the 27th June.

When his mum answered, three men burst in and assaulted her, threatening her with a knife.

They then told her to hand over money, but all three men left without taking anything.

The boy has since been working with officers to help create Efits of two of the offenders. 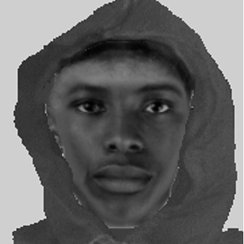 All three are described as black.

Detective Constable Amie Meston, who investigating, said: "This was a terrifying ordeal for the victim and her young son who witnessed it.

He has shown great bravery in helping us to produce these images of the offenders and hopefully someone will be able to identify them."