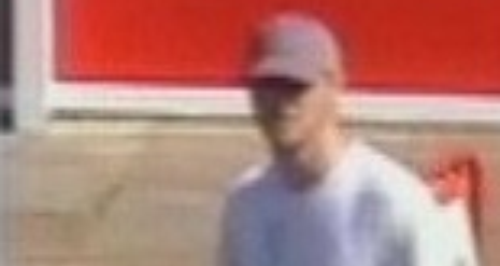 The offender walked into the post office in Central Avenue, Dogsthorpe, Peterborough, at about 4.10pm on Wednesday 23rd July.

He held a knife to the throat of a 78 year old man, who was a customer, and demanded cash from a member of staff.

The woman in her 40's refused, and the man walked out, turning in the direction of Chestnut Avenue.

No one was injured but the customer and member of staff were both shaken.

"I would like to hear from anyone with any information about who attempted to rob this post office.

"Anyone who thinks they recognise the man in the CCTV image should not hesitate to get in touch."