A man who set up cannabis factories which could have produced £7million of the drug, including one of the largest ever found in Cambridgeshire, has been jailed.

Mohammed Jamshaid Akhtar, 51, used an array of false identities to lease and kit out the factory unit in Benwick Road, Whittlesey, in early 2013.

The unit was then filled with plants and lay undiscovered until a burglary was reported at the site on September 9. 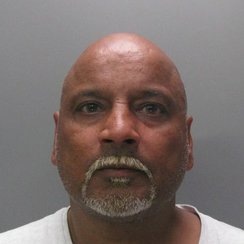 Officers attended and found one harvested room and three more containing almost 3,000 plants with a potential yield with a street value of up to £4million.

Detectives began investigating the names who had leased and paid for materials to set up the unit and managed to link them to another site in Letchworth, Hertfordshire.

By then, police had discovered that unit had also been set up as a drugs factory. Officers, again responding to a report of a burglary at the unit in Jubilee Trading Centre, had found a crop of 3,865 plants with a potential yield of up to £3.25million.

The net was closing on Akhtar and it was soon found another property he had rented in London had previously been converted into a cannabis factory.

He was arrested outside his home in Forest View, London, on April 24.

A further unit was subsequently discovered in Olney, Buckinghamshire, which was in the process of being set up as a cannabis factory.

Akhtar admitted three charges of being concerned in the supply of cannabis and four charges relating to false documents.

He was jailed for a total of six years at Peterborough Crown Court on Monday (August 11).

Officers from Cambridgeshire police have also seized more than £100,000 from his bank accounts which will be subject of a Proceeds Of Crime Act hearing at a later date.

Detective Sergeant Sean Spencer said: "This was a complex investigation. Akhtar used a number of false identities to lease and hire equipment to set up the factories, but he left a trail which we were able to use to track him down.

"There is no doubt he was an important cog in the cannabis production chain and it is pleasing we have been able to bring him to justice."