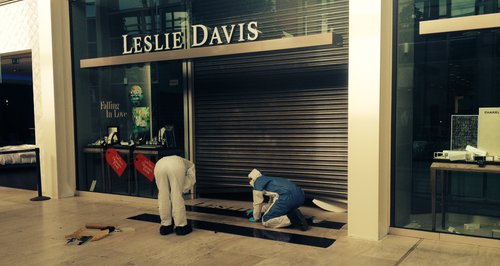 Thames Valley Police say an estimated £1 million worth of jewellery has been stolen from a jewellers in Milton Keynes.

Leslie Davis Jewellers in Eagle Walk was broken into at around 3am this morning.

Details of the items stolen have not yet been confirmed.

Leading the investigation, Det Insp Ian Jarvis, from Milton Keynes Force CID said: "This burglary was carried out by offenders who used planned distraction and deterring tactics to delay officers attending the scene. 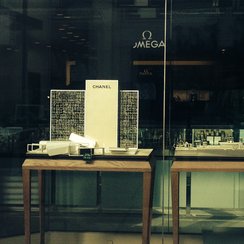 These included setting small fires nearby as well as using metal ropes to prevent vehicular access and padlocking entry gates.

We are currently undertaking extensive forensic work in and around the location of the burglary, meaning that disruption to traffic, particularly access across the overbridge to thecentre:MK, is unavoidable.

I would ask the public for their patience while we carry out this necessary part of our investigation." 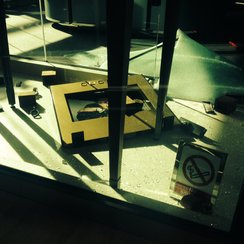 Anyone with information that can assist the investigation is asked contact the Thames Valley Police Enquiry Centre on 101 and ask to speak to Milton Keynes Force CID.

If you don't want to speak directly to the police you can contact the independent charity Crimestoppers anonymously on 0800 555 111 or online at www.crimestoppers-uk.org. No personal details are taken, information is not traced or recorded and you will not go to court.

A spokesperson for the jewellery store said: "At approximately 03.15 this morning there was a burglary in Leslie Davis Milton Keynes Store.

Our efforts are currently focused upon ensuring the welfare of our staff and we'll be spending time with each of them to offer them counselling following this burglary."