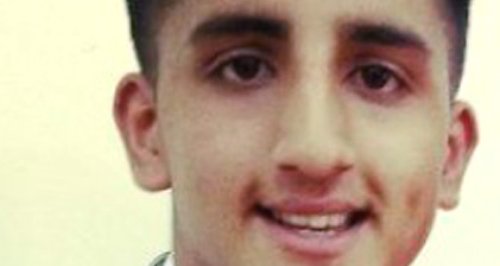 Tributes have been paid to 16-year-old Fazan Ahmed after he died two days after being struck by a hit-and-run driver in Hemel Hempstead.

The teenager had picked up his exam results at Adeyfield School in Hemel Hempstead just a day before the hit-and-run motorist struck him on Friday night and then drove away.

Fazan was hit by a blue car in Jupiter Drive, Highfield, at about 8.25pm on Friday.

The teenager suffered head injuries as well a back injury.

He was taken to St Mary's Hospital in London for specialist treatment by land ambulance after reports suggest his condition was not stable enough for helicopter transport.

Facebook users have branded the driver who hit him 'scum' and a 'coward' for driving away after causing the injuries that would later kill Fazan.

Police have launched an appeal to find the blue car that hit Fazan and its driver.

Sergeant Sam Cordingley from the Roads Policing Unit is leading the investigation.

He said: "Firstly, our thoughts go to Fazan's family and friends following this tragedy. Fazan's family is understandably devastated by what has happened.

"We are continuing to actively seek the driver of the blue car and we would ask that they make contact with police as a matter of urgency.

"We need to speak to you to understand what has happened.

"The vehicle we are seeking is likely to have a broken windscreen, as well as other damage so I'd like to ask for the public's help in locating the vehicle.

"I would urge anyone who sees a vehicle with similar damage apparently parked up or abandoned to call us.

"I would also appeal to any mechanics, who may encounter a blue vehicle presented for repairs to get in contact before undertaking such work.

"If anyone has seen this vehicle, or has a relative who drives a blue car and may have come home in a distressed state, I would urge you to contact police immediately."

Anyone with any information about what happened is asked to contact PC Dave Clarke at the collision investigation unit. You can reach him on the Herts Police non-emergency number 101, quoting reference ISR 697 of August 22.