A 25-year-old man has been charged with the murder of a `"gentle giant'' who was killed in a hit-and-run crash following a row.

Jake Austin was detained in Swindon, Wiltshire, at 5.30am yesterday morning and was being taken to a police station in Kent for questioning.

Police believe Mr O'Donohue and a friend had been in an argument with men travelling in a green Ford Mondeo estate at the junction with Grange Road.

Mr O'Donohue and his male friend walked off, but the Mondeo then drove towards them and crashed, colliding with Mr O'Donohue, who died later in hospital.

His mother, Maise O'Donohue, said: "John was a gentle giant who lived for his children. He was a loving father, son and grandchild, and was a family man first and foremost.''

Today's arrest comes after a 20-year-old man, from Rochester, was held yesterday on suspicion of supplying a controlled drug and affray in connection with the incident.

He has been freed on police bail pending further inquiries, a Kent Police spokesman said.

Anyone with information is asked to call Kent Police on 101, or Crimestoppers anonymously on 0800 555111. 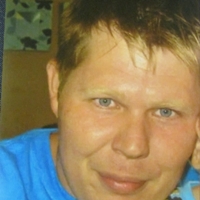