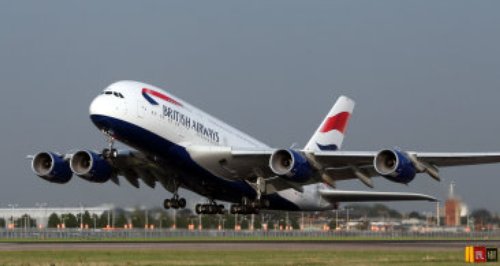 Bosses at Heathrow have warned plans to limit how much they can charge airlines could have a big impact on passengers.

The Civil Aviation Authority (CAA) has made its final proposals on how much Heathrow and Gatwick can increase charges to airlines in the period 2014-19.

The CAA has proposed that Heathrow charges for the five-year period starting in April next year do not rise by more than the RPI rate of inflation, while the Gatwick formula for the same period should be RPI plus 0.5%.

Although for Heathrow this represents an improvement on the RPI minus 1.3% proposed by the CAA earlier this year, the latest figure has angered the airport's chief executive Colin Matthews.

He said: "The CAA's settlement could have serious and far-reaching consequences for passengers and airlines at Heathrow.

"We want to continue to improve Heathrow for passengers. Instead, the CAA's proposals risk not only Heathrow's competitive position but the attractiveness of the UK as a centre for international investment.

"We will now carefully consider our investment plans before responding fully to the CAA."

The Gatwick proposal was given "a cautious welcome" by bosses of the West Sussex airport.

The Gatwick regime will cover a seven-year period.

Heathrow, Gatwick and Stansted are the only airports which have charges regulated. A CAA proposal on a charging regime at Stansted for 2014-19 is expected next week.

A final ruling on all three airports is due in January 2014.

CAA chairman Dame Deirdre Hutton said: "Our proposals demonstrate how we can regulate airports more flexibly where this seems best for passengers, but also setting a tough efficiency challenge. We expect the airports to work closely with airlines to provide high-quality services to passengers.

"Tackling the upward drift in Heathrow's prices is essential to safeguard its globally competitive position. The challenge for Heathrow is to maintain high levels of customer service while reducing costs. We are confident this is possible and that our proposals create a positive climate for further capital investment, in the passenger interest."

She went on: "Gatwick has tabled a revised price offer to airlines that we consider fair, and its new commitments framework offers a chance for a more commercially driven and tailored approach.

"To protect the diverse interests of passengers, we propose a licence based on the commitments. We would monitor the success of such a new approach and adjust our regulation over time to ensure it remains proportionate."

"We will now redouble our efforts to work with our airlines partners to make this work in the best interests of all parties, and in particular for passengers."

Virgin Atlantic said: "It is deeply disappointing to see the CAA has bowed to pressure from Heathrow Airport Limited and its shareholders.

"The decision to further increase charges at the airport for the next five years is another hammer blow for both UK consumers and overseas visitors wanting to travel to this country. Prices at Heathrow are already triple the level they were 10 years ago and coupled with ever increasing air passenger duty, passengers are facing some of the highest charges in the world and this is deterring inbound tourism and foreign investment."

The airline went on: "We are totally committed to improving the passenger experience at Heathrow, which is already one of the best-performing European hubs. However, we believe this is fully achievable with a far greater real terms reduction in charges. In the current climate most businesses are having to deliver the same level of service more efficiently and airports should not be exempt from this economic reality.

"This is now the last chance for the CAA to use this consultation period to urgently review its recommendations and fulfil its obligation to put the consumer at the heart of everything it does. It should also be mindful of its statutory obligation to ensure that Heathrow runs an effective and efficient operation."

He went on: "Airline chief executives will be reaching for their oxygen masks in the knowledge that they will be forced to pass on excessive airport charges to their customers for the next five years.

"Consumers have benefited from intense competition between airlines, driven by major efficiency gains and razor-thin margins. Yet the CAA's new primary duty to consumers has failed its test flight by instead rewarding operating inefficiencies and excessive shareholder returns at the monopoly that is Heathrow.

"Meanwhile, Gatwick also enjoys the benefits of significant market power and airlines are concerned that proposed price commitments may not go far enough to protect consumers from profiteering."

EasyJet chief executive Carolyn McCall said she was disappointed with the proposed increase at Gatwick "as this is based on the airport's proposals and ignores those of the airlines who gave evidence to support a lowering in charges, which would have led to a reduction in fares paid by passengers".

She added that, using Gatwick's own figures, "passengers could be paying £28 more per flight for years in advance of the opening of a new £9 billion runway without any real oversight by the CAA".