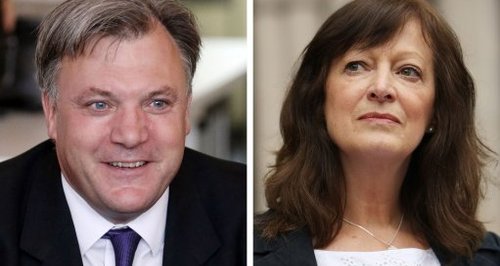 Ed Balls has defended his decision to remove the child protection chief at the centre of the Baby P case following the disclosure that she had been awarded almost £680,000 for unfair dismissal.

Mr Balls, who was children's secretary at the time, said he had had to remove Sharon Shoesmith as Haringey Council's director of children's services in order to maintain public confidence in the child protection system across the country.

The council's accounts show that Ms Shoesmith received a total of £679,452 in payouts following her dismissal from her £133,000-a-year role in December 2008 after a damning Ofsted report on the death of 17-month-old Peter Connelly.

Mr Balls said he was "frustrated" by the court's ruling, which he said left a "bad taste in the mouth", but insisted that he would make the same decision again.

"The Education Act gave me, as the secretary of state, the power to remove somebody from a statutory position if I judged public confidence required that. That was my judgment and I'd make the same decision today.

"Of course this payment leaves a bad taste in the mouth for everybody. I'm afraid that Sharon Shoesmith and her department failed and therefore it's hugely frustrating when somebody receives a payment."

Mr Balls said the courts had ruled that Ms Shoesmith had been unfairly dismissed because he had not met her before removing her from her job. However he said he had been acting on the advice of government lawyers who told him it would have been improper to see her.

Baby P suffered more than 50 injuries despite being on the at-risk register and receiving 60 visits from social workers, police and health professionals over the final eight months of his life.

A series of reviews identified missed opportunities when officials could have saved the toddler's life if they had acted properly on the warning signs in front of them.

Ms Shoesmith has said she does not recognise the figure of £680,000 while Haringey Council said it was unable to comment on the terms of the settlement.