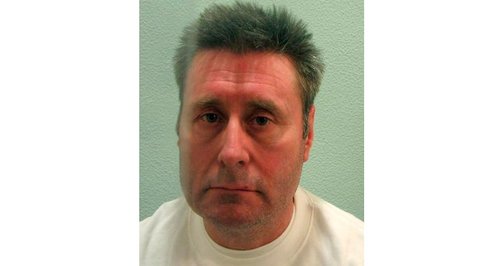 Two women who were seriously sexually assaulted by London cabbie John Worboys have been awarded compensation totalling £41,250 from the Metropolitan Police.

One of the women, identified only as DSD, was the first of Worboys' victims to make a complaint to the Met in 2003, while the other, NBV, contacted them after she was attacked in July 2007.

Between 2002 and 2008, Worboys, who was jailed for life in 2009, carried out more than 100 rapes and sexual assaults using alcohol and drugs to stupefy his victims, said Mr Justice Green at London's
High Court.

In November he ruled that the Met was liable to the women for failures in its investigation and today he said that DSD and NBV, who brought their claims under Article 3 of the Human Rights Act, which relates to inhuman or degrading treatment, should receive £22,250 and £19,000 respectively.


The judge gave the Met permission to appeal but said it had been agreed that the damages would not be recouped should the appeal succeed.

"For the police force, wider issues are at stake but, at the same time, this enables DSD and NBV to move forward with their lives with greater financial security.

"This concession does not make the appeal academic. The issues arising are of very great practical and legal importance and could affect the legal declarations I have made. Therefore, there are very live issues over and above the question of money."

The judge said that the effects of the assaults had stayed with the women in a variety of ways over the ensuing years, manifesting themselves in depression, feelings of guilt, anxiety, and an inability to sustain relationships, including sexual relationships.

Earlier, he had identified a series of systemic failings which went to the heart of the failure of the police to apprehend Worboys and cut short his violent spree of violent attacks and, in addition, numerous individual omissions in the cases of DSD and NBV .

Today, he rejected argument for the Met that there was no justification for making any financial award, because DSD and NBV had both received payments from their civil High Court claims against Worboys and from the Criminal Injuries Compensation Authority (CICA).

The judge made clear that, in assessing the amount of damages, he was focusing exclusively upon harm specifically attributable to the Met's failings and not to that attributable to Worboys.

At the time of the ruling on liability, the Metropolitan Police Service said: "Our defence of these claims should not be taken as a reflection of any doubt upon the veracity of the claimants' accounts as to their treatment by Worboys; or any lack of understanding about the effects of rape on victims. Their accounts formed part of the criminal process and they each, with considerable courage, assisted the police in bringing Worboys to justice.

"The claims were not defended on the basis of factual differences between the parties; but rather based on the appropriate interpretation of European human rights law.

"The case has raised important arguments regarding the boundaries of police responsibility and liability and we believed that it was important for these principles to be tested before the courts."

It said it had previously apologised for mistakes made in the investigation.

"The judge acknowledged that the failings in this case were very much historic; a recognition that in the interim we have made important and significant changes to the way we investigate rape, which remains one of the most challenging and complex policing issues.

"We are committed to providing the best possible service to victims, ensuring that they are at the heart of every investigation."