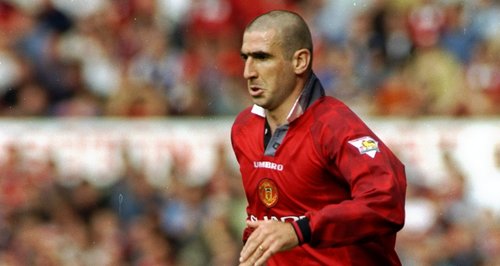 Footballer Eric Cantona has been arrested and cautioned for common assault after a man was attacked in north London.

The 47-year-old was held at lunchtime on Wednesday 12 March 2014 in leafy Primrose Hill after he was seen drinking in The Queens pub on Regent's Park Road.

Scotland Yard did not name the former Manchester United star, but said in a statement: "Police were called to Regent's Park Road, NW1, at 12.55pm on Wednesday, March 12, following reports of an assault.

"Officers from Camden borough attended and a man in his mid-40s was arrested on suspicion of common assault.

"He was taken into custody and subsequently cautioned for common assault. The victim, a man, did not require medical assistance at the scene."

The ex-French international displayed his fiery temper when he infamously launched a kung-fu style kick at Crystal Palace fan Matthew Simmons after being dismissed in a Premiership match at Selhurst Park in January 1995.

Cantona was later banned for nine months from football worldwide and ordered to do 120 hours community service .

A builder, who did not want to be named, said he had seen Cantona at The Queens at midday and that he had appeared sober and happy, chatting with friends and having a beer.

A barmaid also denied that there had been any disturbance at the pub.

Other shop workers in the road saw the footballer-turned-actor but not any fight.

Mohamed Salah, 34, who works at the Chalk Farm Cars minicab rank by Chalk Farm Tube station, said he had seen Cantona being taken away by police in Adelaide Road.

He said he believed there had been some sort of altercation involving a motorbike but had not seen it himself.

Mr Salah said: "I was thinking maybe there had been some accident or something like that.

"He (Cantona) was calm and it was a police lady who was dealing with him."