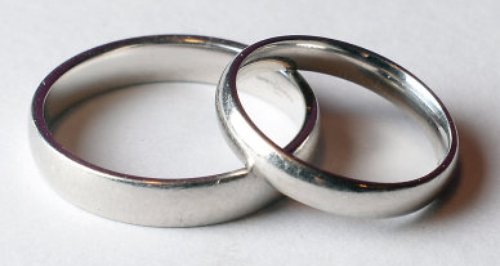 A heterosexual couple who want to enter into a civil partnership rather than get married have started a legal challenge at the High Court.

They want to mount a challenge in the High Court in London and have lodged paperwork outlining their application for a judicial review.

The couple say the institution of marriage would not be undermined if the law was changed so that not only gay couple couples could form civil partnerships.

They say civil partnerships are as difficult to break as marriages and provide the same protection for children.

They say couples who are not married would form civil partnerships - but most people would probably still opt for marriage.

And they say there is a clash between the law governing civil partnerships and equal rights legislation.

"Marriage is a problematic institution from the point of view of male family roles," said Dr Steinfeld. "There are quite a few lingering sexist trappings."

Dr Steinfeld - who said she would use the title "Ms" if she did not have the academic title "doctor" - added: "Legalising same-sex marriage was the recognition that everyone is of equal worth and has the right to equal treatment under the law. We campaigned for such recognition and we believe that the same principle of equality applies to all couples, regardless of sexual orientation."

Mr Keidan said a "civil partnership" would express the way he and Dr Steinfeld viewed their relationship.

"It would be a modern social institution," he said. "It would be free of some of the baggage that Rebecca has described."

He added: "For us, entering into a civil partnership is a serious lifelong commitment and will give us the legal rights, protections and responsibilities that we need and desire."