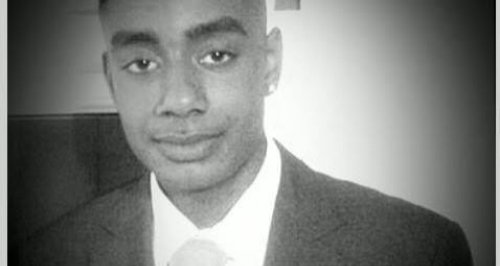 The family of an 18-year-old stabbed to death in west London have asked anyone with information to trust the police and come forward.

Two people arrested over the death of Jamil Palmer (pictured) in Feltham on Tuesday 6 May 2014 have been released on bail.

Jamil's mother said: "We have lost our beloved Jamil.

"Do the right thing in Jamil's memory. Forget your street code, it is not grassing and it is not cool. Just tell the police what happened and who was involved.

"I've lost my son. The hurt that has been caused is unimaginable.

"All I ask is that you trust the police and come forward. How would you feel if this happened to your love one?"

"You have all shown great love, with the flowers and gifts left at the bench, please don't let him down, you were all there with him through life, be there through death, stand by him, your mate, help him rest in peace."

Police were called at 3.30pm on Tuesday 6 May to reports of a man stabbed near Evans Grove, Feltham.

Officers, London Ambulance Service and London's Air Ambulance attended the scene and Jamil Palmer of Belgrade Road, Hampton, Middlesex was taken to a central London Hospital where he later died.

Detective Chief Inspector Noel McHugh said: "I believe there may be a number of persons in the community who may hold vital information about Jamil's murder and are yet to come forward and speak to the police. Whatever their reason's for not coming forward so far, I would like to take this opportunity to reassure anyone worried about speaking to officer that they will be treated with the utmost sensitivity."