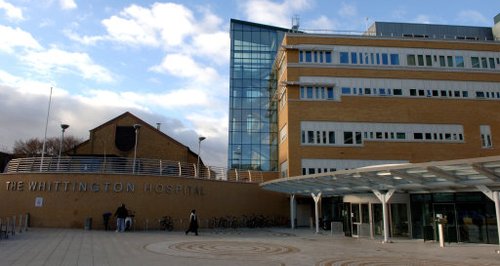 A doctor at a north London hospital and another man are going to be charged over Female Genital Mutilation (FGM) in the first prosecution of its kind in the UK.

Dr Dhanuson Dharmasena, 31, from the Whittington Hospital in Archway (pictured), and Hasan Mohamed, 40, who is not a medic, are to face the first charges brought under the Female Genital Mutilation Act, the Crown Prosecution Service (CPS) said.

It is alleged that the doctor carried out the procedure on a woman who had given birth in November 2012, and that Mohamed encouraged and helped him.

Director of Public Prosecutions Alison Saunders said: "The CPS was asked to consider evidence in relation to this allegation of female genital mutilation (FGM) by the Metropolitan Police Service. It was alleged that following a patient giving birth in November 2012, a doctor at the Whittington Hospital, in London, repaired FGM that had previously been performed on the patient, allegedly carrying out FGM himself.

"Having carefully considered all the available evidence, I have determined there is sufficient evidence and it would be in the public interest to prosecute Dr Dhanoun Dharmasena for an offence contrary to S1 (1) of the Female Genital Mutilation Act (2003).

"I have also determined that Hasan Mohamed should face one charge of intentionally encouraging an offence of FGM, contrary to section 44(1) of the Serious Crime Act (2007), and a second charge of aiding, abetting, counselling or procuring Dr Dharmasena to commit an offence contrary to S1 (1) of the Female Genital Mutilation Act (2003)."

The pair will appear at Westminster Magistrates' Court on 15 April 2014.

Prosecutors said they had also looked at four other cases - one of which was new and three that were reconsidered after decisions to take no further action - and found there was insufficient evidence to bring charges.

One of the old cases involved a man calling an FGM helpline, intended for victims, to ask for the procedure to be carried out on his two daughters. The new case involved two parents accused of taking their daughter abroad to have FGM.

The CPS would not give details of the other two cases.

FGM has been a criminal offence since 1985, and in 2003 the maximum sentence was increased from five to 14 years in jail.

Prosecutors are considering another four cases of alleged FGM, and are in early discussions with police about another two.