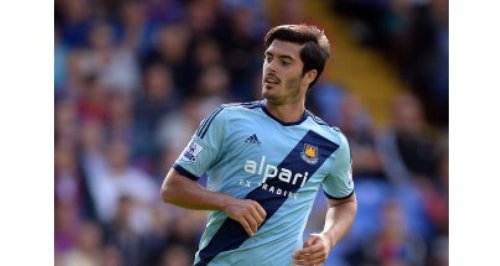 A Premier League footballer's been fined £3,500 for attacking a police officer outside the Sugar Hut nightclub made famous on The Only Way Is Essex.

West Ham defender James Tomkins pleaded guilty to assaulting a police constable, being drunk and disorderly in a public place and obstructing a constable outside the Sugar Hut nightclub on the night of 21 December 2013.

Martin Everett, chair of the bench at Southend Magistrates' Court, Essex, told him "it is a late guilty plea but it has saved the court a trial and witnesses".

He was told there would be no further penalty for the other offences.

The 25-year-old, of Hutton Mount, Shenfield, had been partying at the nightclub.

Mr Everett told Tomkins, who stood quietly in the dock during sentencing, that "this is a blot on your character".

He also said he had "no doubt" that West Ham " will take their own action" to punish him.

Mr Everett told Tomkins: "You were in this particular case, pushed quite hard by a member of staff but your reaction, as you have admitted, was an over-reaction."

He told the footballer that in the police car he had dealt with the situation "inappropriately causing an injury to the police officer".

Rupert Bowers, defending, had told the court that as a footballer he gets "a lot a attention, much of it unwanted".

He said:"They receive training and receive guidance from the FA (Football Association). Mr Tomkins accepts that on this occassion he let himself down.

He will no doubt also be disciplined by his club by way of a financial penalty.

"He has been extremely stressed about these proceedings, about his reputation and the coverage it has had."

He also described him as a " young man of previous good character (who is) usually looked up to."

Tomkins left the court and in to a waiting car without comment .