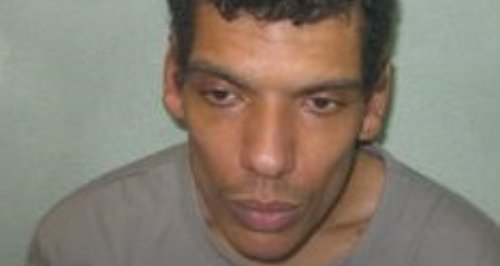 A man who attacked three sisters with a hammer as they slept in a London hotel room has had his minimum jail term increased from 18 years to 27.

Philip Spence, 33, launched the "murderous attack" on Ohoud Al-Najjar and her sisters, Khulood and Fatima, who were visiting from their home in the United Arab Emirates, during a burglary at the Cumberland Hotel in Marble Arch in April 2014.

All the women received life-threatening injuries and Ohoud will never again have proper brain function or be able to walk or communicate.

The assault was witnessed by Khulood's three children, one of whom was found cowering under the bedcovers as his aunt, Ohoud, lay next to him with massive head injuries.

In November, Spence, of north-west London, was sentenced to life imprisonment for attempted murder with a minimum of 18 years to be served before he is eligible to apply for parole.

Today, the case was referred to the Court of Appeal by the Solicitor-General, Robert Buckland, on the basis that the sentence was unduly lenient

The Lord Chief Justice Lord Thomas, sitting with Mr Justice Globe and Mr Justice Knowles, said it was a "shocking" case but not one where a whole-life order would be the right sentence.

"In our judgment, the minimum term should be one of 27 years.

"We wish however to emphasise that that is only a minimum term.

"It will be for the parole board in due course to consider whether this defendant, who is obviously highly dangerous, will, if ever, be released.

"It seems highly improbable that he will, after the expiry of 27 years, or indeed ever, be safe for release."


Lord Thomas said it was clear that the blows - 15 in all - were deliberately aimed at the head, the area most likely to cause death if smashed by a hammer.

Spence used both ends of the hammer and continued to strike two of the women even after they were saturated with blood, maintaining the assault on Ohoud after she became unconscious.

In her case, this resulted in the destruction of the whole left side of the skull, and her survival was regarded as miraculous.

The judge said it was obvious that the effect of the attack on the whole family had been devastating.

Calling for a whole-life order, the Solicitor General said that it was the very rare case where such an order was merited in the absence of a conviction for murder.

"In this case, the absence of a conviction for murder makes no difference to the heinousness of the offender's crimes.

"In terms of culpability, he did everything he could to commit three murders in circumstances of premeditated brutality.

"In terms of the harm that he caused, the victim impact statements prove that he has inflicted pain on the Al-Najjar family that is equivalent to, or worse than, the pain that would have resulted from the death of Ohoud Al-Najjar or either of her sisters."

Lord Thomas emphasised that there may well be cases, exceptional though they may be, where, if there had not been an actual death, a life sentence might nonetheless be appropriate.

"We can indeed envisage in an exceptional case such a sentence being passed for a case of attempted murder, but this is not that case.

"However, we are firmly of the view that the minimum term imposed was unduly lenient.

"In our judgment, the judge failed to have proper regard to the fact that there was an intention to kill three persons and failed to attach sufficient weight to the gravity of the injuries suffered.

"He failed to take into account sufficiently the effect on the children and the premeditated nature of what occurred."

Spence, who has 37 previous convictions for 62 offences, including robbery and causing grievous bodily harm, was in court for the hearing, but showed no emotion at the ruling.