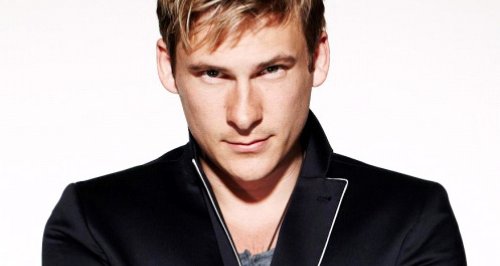 Lee Ryan's been handed a two-year driving ban and fined more than £3,000 for drink driving in west London.

The Blue singer swore at police and then urinated all over his cell after he was arrested in Ealing.

He blamed his meltdown on the torrent of online abuse he received in the wake of his controversial appearance on Celebrity Big Brother.

He was handed a £3,325 fine and banned from the roads for two years on Friday 2 May 2014 for failing to provide a specimen and causing £120 of criminal damage.

Ealing Magistrates' Court, in west London, heard the 30-year-old singer had been out partying to celebrate his best friend and bandmate Duncan James's birthday on the night of his arrest.

Officers spotted Ryan swerving erratically at 5.30am on 11 April as he drove his female friend's Audi A3 on the Uxbridge Road in Ealing.

"Asked if he had consumed some alcohol that night, Mr Ryan said 'Yes, a few'.

"Officers then noticed that there was an empty bottle in the pocket of the driver's seat. When Mr Ryan exited the vehicle, he was obviously unsteady on his feet, his speech was slurred."

He was in such a "drunken state" that officers took him straight to the police station.

But he refused to take a breath test to see if he was over the limit and repeatedly swore at officers.

The slurring star became aggressive to officers and was marched to a cell at Acton police station where he urinated and was sick all over the floor.

Mr Mahal said that when officers returned to the room where Mr Ryan had been placed, they could see urine was leaking from the door into the hallway.

The star is said to have told officers "I didn't realise there was a toilet here".

Asked by the officer "Do you do this at home?", he said "Yes I do" before using more swear words.

Lee Ryan's Blue bandmates were also in court to see the hearing on Friday 2 May.