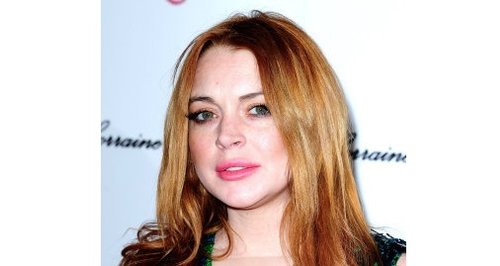 Bookies are offering odds of 2-1 Lindsay Lohan will be sacked from the play in which she's starring in London's West End after mixed reviews.

The Mean Girls star is appearing in Speed-The-Plow, by US writer David Mamet, at the Playhouse Theatre.

Ladbrokes are offering punters odds of 2-1 she will be shown the door before the run ends in November and 10-1 that the show fails to make it to the end.

A spokeswoman for the firm said: "It's been 10 years since Lindsay last put in a decent acting performance in Mean Girls, and unfortunately the odds suggest her time in Speed-The-Plow isn't going to resurrect her career."

The New York Daily News said the actress looked "pale and nervous" and needed help to remember her lines.

Its reviewer said: "While it wasn't a total disaster, her nerves clearly got the best of her in certain places."

The Sun also said she suffered "some first night nerves", but reviewer Emma Brankin said: "She recovered well and looked shocked and thrilled to receive a bouquet of flowers during the curtain call."

Lohan plays Karen - portrayed by Madonna in the original production - in the play which is a satire on Hollywood.

Her recent roles include playing Elizabeth Taylor in the TV film Liz And Dick about the star's relationship with Richard Burton, but she has been in the headlines more for her troubled private life than her acting after stints in jail and rehab.