Lohan In The West End 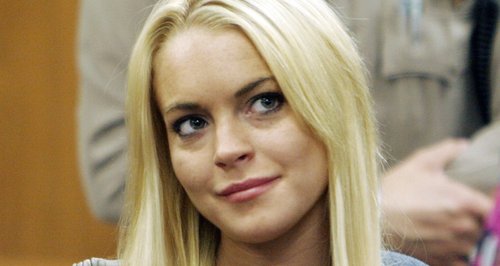 Lindsay Lohan is going to make her West End debut in a play about the movie business.

She will appear in Speed-The-Plow, by US writer David Mamet, from 24 September 2014.

The play, described as a "satirical portrayal of Hollywood", will run at the Playhouse Theatre until 29 November.

Lohan will play Karen - portrayed by Madonna in the original Broadway production - with further casting details yet to be announced.

The actress, who first found fame as a child star in Mean Girls and Freaky Friday, has been in the headlines more recently for her troubled private life.

Recent roles include playing Elizabeth Taylor in the TV film Liz And Dick about the star's relationship with Richard Burton.

Mamet is one of America's most respected dramatists and the author of critically-acclaimed plays including Glengarry Glen Ross.

He has worked in Hollywood as a screenwriter on films including The Untouchables, Hoffa and Hannibal.